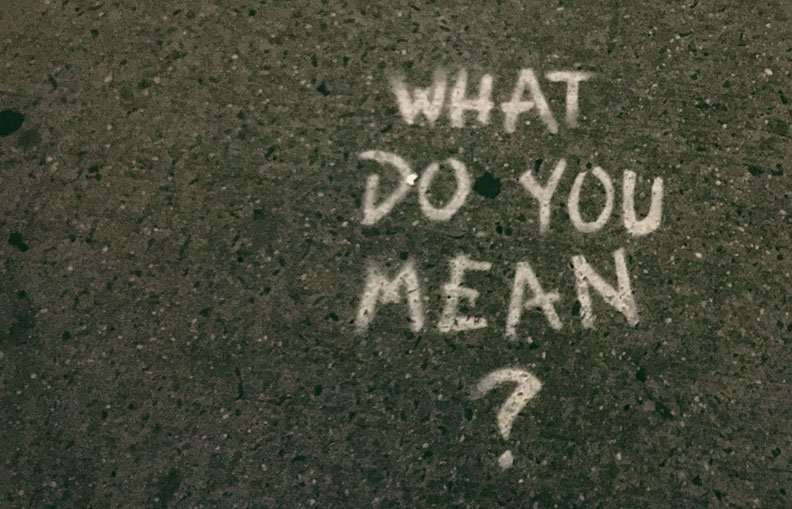 In this post, you’ll find a brief explanation of calibrations; what they are and what they mean. There’s also some information on how to use them, and on how they should not be used.

Much of Dr. Hawkins’ work was centered around his Map of Consciousness. He used this scale to ‘calibrate’ almost anything, from people, to events, and even for animals. As an example, he found that a dog wagging its tail calibrated at a higher level then one who was not wagging its tail.

Dr. Hawkins created the Map of Consciousness as a tool to help quantify spirituality and to help people understand their choices. To make better ones. The Map is an arbitrary, logarithmic scale. Meaning, increases are not necessarily linear.

The scale is from Zero to 1,000 with different 'markers' Hawkins assigned throughout the scale. For example, he determined that the level 200 is the level of integrity. Everything below this level lacks integrity, to varying degrees.

The higher something or someone measures, or calibrates, on the scale, the higher is its level of consciousness. Lower levels of consciousness are not 'bad', per se, and Hawkins made a point of stressing that the scale should not be used to judge others.

But, that being said, it is wise to question and examine with skepticism the actions and words of those with lower calibrated levels of consciousness. Their intentions may not be pure and their goal may be more self-serving than they'd have you believe.

The scale is arbitrary because, quite flippantly, Hawkins simply creating a scale from zero to one thousand, possibly to make things easier. He could have made it from zero to ten thousand if he’d wanted.

He assigned the number 1,000 to be the highest attainable level here in the physical world on planet Earth. He readily acknowledged that there are levels higher than that in other realms of the universe.

A calibration is simply an answer to the question: At what level of consciousness is a person, place, event, animal, or object?

For example: What’s the calibrated level of consciousness for an Oak Tree? Or, what was John Lennon’s (former musician and founding member of the Beatles) level of calibration when he was alive?

A calibration is just a measurement taken to evaluate a specific person, object, place, event, thought, or anything else to see where it falls on some sort of scale. In the case of consciousness calibrations, the scale used is Dr. Hawkins' Map of Consciousness.

Everything can be calibrated, as long as the question is asked appropriately, and the testing is done using a valid method. Dr. Hawkins used applied kinesiology for his testing. He tested this method for years for accuracy before turning to it.

I use a different method which, so far, has shown itself to be even more accurate and will also be an option for use by more people. Dr. Hawkins’ method was limited. It could be accurately used only by those who calibrate over the level 200.

(At the time of this writing, most people living in the world – over 70% – do not calibrate this high. They calibrate below level 200, which is one reason the world has so many problems) I developed, tested extensively, and use a different testing method, which can be used by anyone. I will be creating a course to teach this in the future.

Consciousness can be a confusing concept. Intelligence and education are two things that add to the confusion, and they are different. One can be highly intelligent but uneducated, and vice versa.

Are all smart people higher in consciousness? What about those with advanced educational degrees?

The ultimate answer is education is not necessarily related consciousness. One can be completely uneducated – not been to school to learn about and memorize facts and figures about the external world – and still be a high consciousness individual.

On the other side, there are many highly educated people – those who have earned the highest educational degrees, MD’s and PhD’s – who also are low consciousness individuals, calibrating at lower levels of consciousness.

As an example, consider the world leaders who appear to be smart, but are not higher consciousness people, such as North Korean leader Kim Jong-un, who calibrates below the level of 200 on Dr. Hawkins’ scale.

Take Your Meditations To the Next Level

Open, Cleanse, & Balance your Chakras. Simple breathing and visualization techniques will Power Up your meditations.
Feel and connect with your inner essence, your God Self.
Free Guide with step-by-step instructions shows you how.

How to Use a Calibration

Dr. Hawkins was very adamant that calibrations should in no way be used to judge others. It is not a tool of judgement. It is only a tool to provide information that will help you better understand context; to contextualize a situation, a person’s behaviors, actions, and so on.

Calibrations can be used to help determine if others have your best interests at heart, or if they’re really acting to benefit themselves. Those who calibrate below level 200 are said to be ‘without’ integrity. This means that just about everything they do, ultimately, will be to benefit themselves. The underlying motivating factor for their actions – the intent behind their actions – is self-benefit.

This is not to say that they are not nice people and cannot do nice things for others. Certainly, they can. In fact, they might be lovely and generous.

But, underlying this outward appearance is a subtle motivation of personal gain. In most instances, they probably are not even be aware that this is guiding their actions and choices. But it is. It is always there in some form. This is the foundation behind personal intent.

Now, again, calibrations are not to be used to judge another, just to understand their motivations and intentions. Given that more than 70% of the people currently alive today calibrate under 200 – the level of integrity – it is wise to take this information into account when it is available. It will help you make better choices.

How can this sort of information be best used when applying calibrated levels of consciousness to politics – political figures, political parties, and political discourse and positions?

There are many aspects to this. The one that seems most meaningful is about the question of truth. What we value most from politics (politics is not the same as governing or government) is the truth.

When we have good, truthful information upon which to base our thoughts and choices, we’re all better off. When we don’t, chaos is often the result, as we see now in the United States and the world.

When a political figure’s level of consciousness is below 200, the level of integrity, it would be wise to closely examine the things this person says before formulating an opinion about them and accepting them as truth.

When a politician calibrates below 200, does this mean that everything they say or do will be false – a lie? Certainly not. But it does mean that their statements, proclamations, and policies need to be more thoroughly examined, rather than being accepted as truth.

The Next Step – Self Application

All this is true for you and me, too. This is why it is wise to examine your inner self. Learn what drives you. What are your motivations and underlying intentions? This is a great place to start to advance your consciousness, regardless of your current level.

When calibrated levels are known, especially for the choices you are about to make, choosing the one that calibrates at the highest level will always the best option, even if it doesn’t seem to be at that time.