Spirituality vs Religion
What Happened? 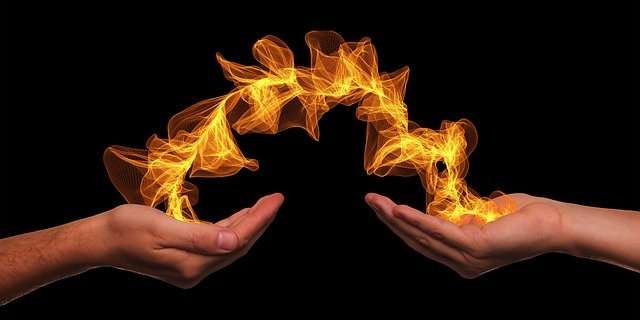 The world has changed drastically since most religions were founded. During those thousands of years, did religions maintain their original purpose or did they change with the world and evolve to something else?

Religions are old. They’ve been around for thousands of years. The oldest appears to be Judaism. Hinduism and Buddhism are its next nearest siblings, both also making their first appearance BCE. Then came Catholicism and Christianity shortly after the lifetime of Jesus, (AD), and then Islam, the youngest of the better-known religions.

I have not studied most of these in great detail. What I know of them, though, is that they all had good intentions at their outset. They were concerned about spirituality and providing information to ‘define’ spiritual health. Then something happened.

The so-called western religions, Judaism, Catholicism, and Christianity, have one thing in common. They all seem to point to a God outside of themselves. This idea, more than anything else, has eroded the intersection between spirituality and religion.

Spirituality is the study of our inner world, the essence of who we are at our core. Over the years many spiritual masters and enlightened ones have said and written that answers to all our questions, including those about the universe and the way it works, are inside.

This would seem to support the notion that understanding how to go within to find this information is the most critical aspect of life. In fact, learning this skill and understanding the nature of ‘Spirit’ is the foundation of spirituality.

Spirituality is the study of our inner world, the essence of
who we are at our core.

Spirit is what and who are all are. We are not bodies — physical beings — that gave birth to a spirit. We are eternal Spirits who were born into bodies.

The body is only a vehicle. And, like all vehicles, which have the limitation of needing a source of power or they become immobile — lifeless, dead — the same is true for the body. Think of an automobile that’s out of gas or who’s electrical charge is gone. The car ceases to move.

Without the spirit within, the body is a lifeless collection of dead cells and organs. When the spirit leaves, the body dies. We are spirits which give life to our bodies for the purpose of experiencing the physical world.

It is the spirit within that has the answers. This is the connection we all share to everything around us, including any ‘higher’ power. That higher power, which goes by several names, is within each of us. This is what gives the body life.

There is much more to the inner spirit of man and its components. I’ll not go into that here, but you can learn more in my book, Discovering Your God Self… The Incredible Secrets of Your Spiritual Nature Revealed.

So… Spirituality is all about the study of what’s inside man, including God.

Spirit is what and who are all are.
We are not bodies — physical beings — that gave birth to a spirit.
We are eternal Spirits who were born into bodies.

Western religions, however, seem to suggest that any guidance, direction or even the source of life itself are not found inside. Rather, they seem to suggest that these are found outside, all dispensed from an all knowing being who only supplies this information to very few people while directing all aspects of life, and even death.

The ultimate goal of spirituality is becoming intimately familiar with the spirit, which is within. The inner spirit of man is a complex relationship between several inner components, or Selves. Enlightenment is the point when one becomes aware of these inner aspects of Self and learns to delineate and discern between them, and to actively use them to understand and create a better life for yourself — in whatever way you desire — and a better world.

Religions are not teaching the most important spiritual information one could have — how to go inside to find answers, guidance, unlimited happiness (not joy, which is different from happiness), and real love, all of which is the crux of spirituality.

Was it always that way? Likely not. But over the millennia, things have changed. Some of the changes may have been innocent omissions while others may have been deliberate.

Take Your Meditations To the Next Level

Open, Cleanse, & Balance your Chakras. Simple breathing and visualization techniques will Power Up your meditations.
Feel and connect with your inner essence, your God Self.
Free Guide with step-by-step instructions shows you how.

Why deliberate? Religions have known for ages that they are not needed. This, in fact, was a central message from Jesus. Why aren’t they needed? The goal for all is to connect with the God within. Once we do learn to connect to the God energy within, where we will find our own answers, the need for a religious institution becomes less.

Certainly, religions can always be a place to meet and socialize with others and this is a valuable function. But this speaks to community and fellowship, which are separate issues from spirituality, which is a very personal and private pursuit.

This reality threatens the very existence of religions which, out of necessity, have become big business. So, teaching the basic tenets of spirituality is counter to good business. This would be a delicate balance to maintain but years ago, the need to maintain this balance between sharing and teaching truth and good business fell by the wayside.

We’re left with many religion organizations preaching morality, behavior modeling, and even politics, rather than giving people the keys to the kingdom: teaching them about spirituality.

That is their choice, of course, but is it the best choice for the people they serve?