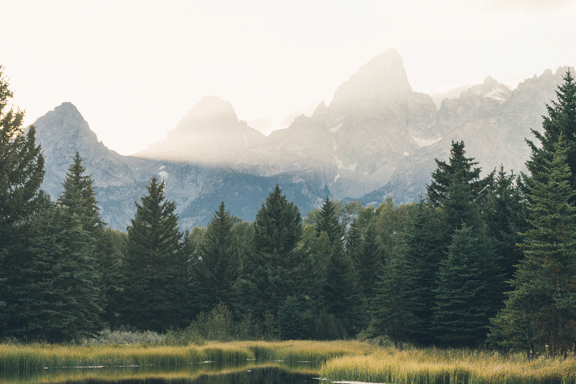 Dr. Hawkins and Me

Most do not have the opportunity to have a private meeting with a truly enlightened person. I was blessed to have such an opportunity with Dr. David R. Hawkins. the meeting took place within the confines of his home office in Sedona, Arizona. The following summarizes some aspects of this meeting.

I parked my rental car in front of the remotely located address in the gorgeous town of Sedona, Arizona. I walked up a little path on the side of the small but lovely home on what appeared to be a very large property and, as instructed by the email they’d sent, I opened the door to a little waiting area and stepped inside.

I sat on a little wood bench and waited, wondering what was going to happen next. A few minutes after the appointed time, Dr. David R. Hawkins walked out and invited me into the little office in his home.

He was a short and ordinary looking man with a scruffy beard. His hair and clothes were a little disheveled. But his face, weathered by his advanced age, looked kind. Pointing to a chair by his desk, he asked me to sit.

I immediately felt comfortable in his presence and I sensed an ‘energy’ in the room. I felt a subtle but definite vibration, a very slight tingling, which began filling the cells of my body. I was immediately intrigued.

After the initial introductions, he simply said we’re just going to talk a little. He then stated something like: “in actuality, we need say nothing – just sharing the energy was enough. That was the important thing.”

"I Felt a Subtle but definite Vibration,
a very slight tingling..."

My Body Vibrated for Hours

But, we did speak for about an hour. Mostly, he spoke. I listened.

He did ask questions, which I answered, providing him more to speak about. As our meeting continued, I could feel the unseen energy in the room intensifying.

Although I’d thought about the meeting in advance, I didn’t prepare any questions for him. I should have.

I just wanted to meet him and never really thought about the many questions I would have loved for him to address. Now, would I have pages and pages of questions for him.

I’d been prompted to do this by my True Self just after he published his second book about Spirituality, which was the first one I’d read – studied, really: “The Eye of the I”. After finishing that one, I read and studied almost all of his books. (Not easy reading!)

So, I followed my inner guidance.

When I called to see if a meeting would even be possible, it was – I didn’t know if he would see me, or anybody, for that matter – I didn’t realize that the meeting wasn’t guaranteed.

The woman I spoke with on the phone said he might meet with me, but they would have to get back to me. I think she asked for my full name and birth date, and maybe even my place of birth.

This was never said to me, but I am sure they ‘calibrated’ me as a person and my intentions for the session before granting the meeting.

Since the meeting was granted, I must have passed those tests. The Doc even took some notes during our discussions.

I first became aware of Dr. Hawkins in the early 2000’s. I was encouraged by a friend to read “The Eye of the I”, which was his second book in his series about Spirituality and Enlightenment.

Like all his books, “The Eye of the I” was not an easy read. In addition to being a truly Enlightened man, Dr. Hawkins also was brilliant – probably had an IQ well above genius – and his books were written to that level.

He said and wrote this way knowing that it was above the comprehension levels of many people because, and I paraphrase his thoughts: ‘no one really needed to read his books.’

"His work spoke to me at a very deep level and even though the books were very difficult to get through, I did, spending many many hours with each one, absorbing as much of this very advanced information as possible."

I did, though. I read most of them. Studied them. Highlighted passages. Dog-eared pages and made notes in the margins.

His work spoke to me at a very deep level and even though the books were very difficult to get through, I did, spending many many hours with each one, absorbing as much of this very advanced information as possible.

It is not an exaggeration to say that most of these books took me a year, or more, to finish.

Dr. Hawkins wrote seven, eight, or more books on the subjects of Spirituality, Enlightenment, and the human condition. All seemed to have the goal of providing a less esoteric approach to God and spirituality; to shed light on these often-vague concepts and to make them more accessible, concrete, understandable, and attainable.

In his book, “Discovery of the Presence of God: Devotional Nonduality” he examines, in depth, the same message of duality that I teach and write about: the complexity of the inner confusion between the Ego self and the True Self and the need to ‘dissolve’ the Ego self. (He includes far more information than I do.)

The centerpiece of his research was a scale he developed which he called: the Map of Consciousness®, (*Map of Consciousness is a Registered Trademark by Dr. Hawkins, his estate, and/or his publishing company, Veritas Pub. Please click the link to see the book he wrote about the Map.), which he first introduced publicly in his book “Power vs. Force… The Hidden Determinants of Human Behavior”. The ‘Map’ is a logarithmic scale from zero to one thousand, highlighting different stages of consciousness and development.

For example, the level of Integrity is 200. The level of Enlightenment is 600.

Regarding the various levels of consciousness, Hawkins wrote in "Power vs. Force": “All levels below 200 are destructive of life in both the individual and society at large: all levels above 200 are constructive expressions of power. The decisive level of 200 is the fulcrum that divides the general areas of force and power.”

The great masters throughout history, like Jesus and Buddha, and several lesser known beings, calibrated at the highest level possible here in the physical world – 1,000.

But, one must always question what motivates those calibrating below 200. What are their internal ‘drivers’? Why do they think, do, and say the things they do?

To develop this scale, Dr. Hawkins used 'Applied Kinesiology' – muscle testing – to determine truth from falsehood. Over the years, before he fully trusted the accuracy and efficacy of this technique, he tested it. Refined it. He took the original technique first developed in the 1960’s to new levels of accuracy.

He then used his intuition to ask the best questions and determine the best answers, which helped him create the scale.

Anything can be calibrated according to the scale. Things which calibrate below 200 – the level of Integrity – are false or negative, and not conducive to peaceful existence. He wrote in one of his books that a huge majority of the world’s population calibrated below 200, around 78% back then, if I’m remembering correctly.

That would explain why our world has so many problems.

Interesting Note: Dr. Hawkins calibrated all the chapters of his books and would not stop editing them until he determined the calibrated level of each chapter was sufficient for the information being presented. I remember learning that, for one of his books, he reworked, rewrote, and edited chapters until each calibrated in the high 900’s. He wanted them to impart the best information with the highest integrity. This is not an easy task because small, innocuous words like: a misplaced ‘and’, ‘the’, and ‘or’, can change the level of calibration.

Using a technique I developed – the ‘HeartTruth™ Technique’ – I ‘calibrated’ Dr. Hawkins level off consciousness according to his Map of Consciousness. My research revealed that, at his highest, he calibrated at 850, very high on his scale.

In the interest of full disclosure: I do NOT yet calibrate to that level.

(I will be teaching the HeartTruth Technique in future classes and seminars.)

Here is a modified recreation I made of Dr. Hawkins’ Map of Consciousness. He does sell more formal versions of the ‘Map’. Please click here if you’d like to learn more about purchasing it from his web site: veritaspub.com. (This is not an affiliate link! I do not make any commissions from this.)

Should you desire more info about Dr. Hawkins, or would like to read some of his books, here's a link to many (if not all) of them on Amazon. I highly recommend several, including Eye of the I, Power vs. Force, and more.

Using Dr. Hawkins scale, I did calibrate other world figures. Here are some of the calibrations I determined through my testing:

Have you had the opportunity to meet with an Enlightened Being?
Let me know in the comments below.