Calibrated Level of Consciousness — States in the United States of America, Part 3 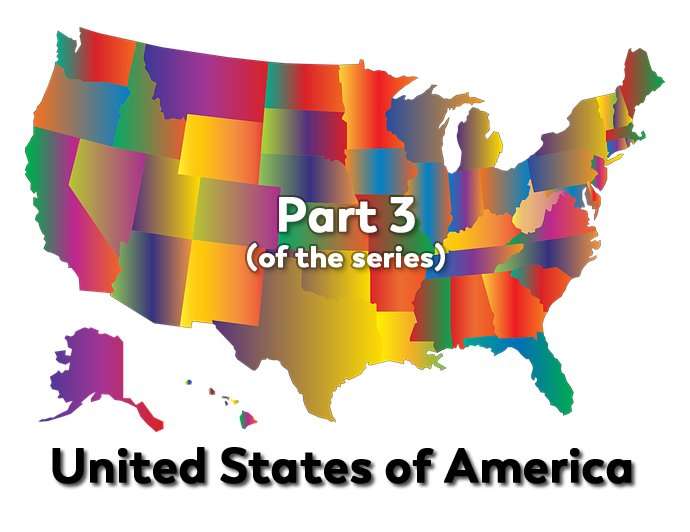 This is the third of a multi-part series to report the average calibrated levels of consciousness for the people living in the individual states in the USA. The order of the calibrations presented is based on the population of each state, from the largest to the smallest, and are in groups of 10. Future posts, Parts 4 and 5 of this series, will be posted in weekly increments. So if you don’t see a state of interest, please check back.

In this, the third of five posts to report the average calibrated level of consciousness for all those living in each of the states in the United States of America, you will find the next 10 states. As before, they are organized by population in descending order, from the largest in this group — Colorado — to the smallest, Utah.

The pattern seen and discussed in Parts 1 and 2 of this series has now proven to be correct in 30 of the states calibrated as of this grouping. The pattern is: The states with higher calibrated levels of consciousness do seem to be the ones that take a more conscious and comprehensive approach to promote the well being and success of all its citizens, and not just a select few.

Also noted in the pattern is the states with lower calibrated levels of consciousness are the ones in which religions are more likely to attempt to be more intrusive in people's lives. Their governments take what they believe is a higher moral positioning but testing reveals that they actually may be lower. Also, please note the calibrations of the states of Alabama and Utah listed below. They are the first states calibrated where the average level of consciousness for all people living within them is below 200, the level of Truth/Falsehood, the level of Integrity.

It is worth noting that both these states have governments which have been influenced by religion and religious dogma and use this context as a point of intrusion into the lives of their citizens.

As mentioned in the initial part of this series, intent is a major factor. Genuine intent, even if the goals of the intent are not actualized, will cause a higher calibrated level of consciousness. The states with lower levels of consciousness are the ones where the well-being of their residents is less of a concern — not truly their intent. It seems that other, lower calibrating issues often take priority.

For the purposes of this series of articles and the calibrations made, the term ‘residents’ includes all residents of the state, and not just a select few. In that context, it is logical to see that prioritizing the needs of all people above other interests such as business, tourism, development, and even religion would be indicative of a higher level of consciousness. Looking out for one another — caring about others, regardless of beliefs — is a higher consciousness concept.

The third group of ten states calibrated and included in this report, Part 3, in descending order of population are: Colorado, Minnesota, South Carolina, Alabama, Louisiana, Kentucky, Oregon, Oklahoma, Connecticut, and Utah. The following is a table listing those states with the average calibrated level of consciousness for the residents of each.

Please Note: The calibrations below are not for the governments of the states. State and national governments may be calibrated at a later date. State governments, however, are likely to be representations of the overall values of the people they represent.

The calibrated level of consciousness for the states shown below are the Average Level for the Entire Population of each State on the date the calibration was made. In this case, all ten states below were calibrated on Monday, July 18, 2022. The numbers continue from the prior part of this series — Part 2.