Calibrated Level of Consciousness — States in the United States of America, Part 4 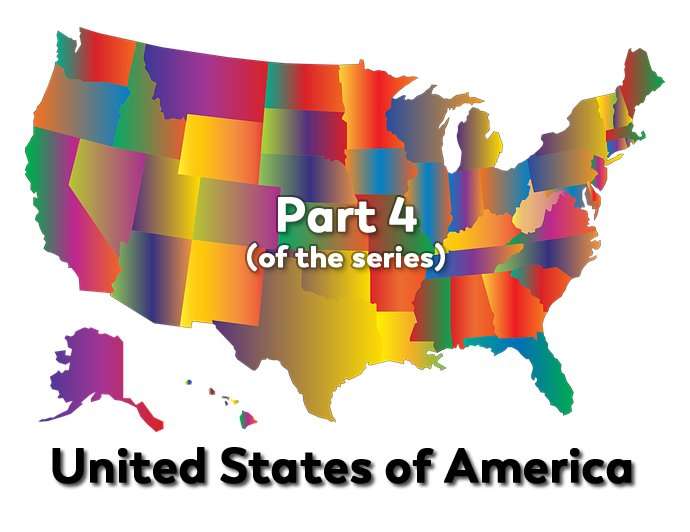 This is the fourth of a multi-part series to report the average calibrated levels of consciousness for the people living in the individual states in the USA. The order of the calibrations presented is based on the population of each state, from the largest to the smallest, and are in groups of 10. The final post in this series will be posted next week. So if you still haven't seen your state's level of consciousness, look for it next week!

In this, the fourth of five posts to report the average calibrated level of consciousness for all those living in each of the states in the United States of America, you will find the next 10 states. As before, they are organized by population in descending order, from the largest in this group, Iowa, to the smallest, Hawaii. Also included in this group is the US Territory: Puerto Rico.

Puerto Rico has been a territory of the United States since 1917.

The order of reporting and listing is based only on the population as shown in the 2020 US Census report. No other parameters were used to determine the order of reporting so, other than population, please don’t assign any importance to the order in which the states are listed. Puerto Rico will be listed listed last, as it is not yet a state. But, truth be known, based on its population, it would have been between Iowa and Nevada and would have been the second listing in this group.

The Pattern is Real

The pattern seen and discussed in Parts 1, 2, and 3 has been confirmed. The pattern is: The states with higher calibrated levels of consciousness do seem to be the ones that take a more conscious and comprehensive approach to promote the well being and success of all its citizens, and not just a select few. One can also observe that those states which identify as conservative and religious and whose citizens tend to vote for those sorts of candidates in elections are states that calibrate at the lower levels.

This likely is the result of the events we've seen during the last 6 years, which include the renunciation of facts and truth that many in those states have adopted. While there certainly are other factors which contribute to this lower calibrated level of consciousness, this alone is more than enough to bring down the average level in those states.

As mentioned in the prior part of this series, religion also plays a role in lowering the average level of consciousness for all the people living in those states. Their governments take what they believe is a higher moral positioning but testing reveals that they actually may be lower.

In this group, we also see one more state where the average level of consciousness is measured to be below 200, the level of  Truth/Falsehood, the level of Integrity. That state is Mississippi. From a quick glance at the headlines and issues facing that state, this is not surprising.

As mentioned in the initial part of this series, intent is a major factor. Genuine intent, even if the goals of the intent are not actualized, will cause a higher calibrated level of consciousness. The states with lower levels of consciousness are the ones where the well-being of their residents is less of a concern. Creating an environment of freedom and genuine quality of life for all their residents is not truly their intent.

For the purposes of this series of articles and the calibrations made, the term residents includes all residents of the state, and not just a select few. In that context, it is logical to see that prioritizing the needs of all the people living in a state above all other interests, including business and commerce, tourism, development, and even religion would be indicative of a higher level of consciousness. This is not to say that these other issues are not important. However, looking out for one another — caring about others, regardless of beliefs — is a higher consciousness concept.

The fourth group of ten states calibrated and included in this report, Part 4, in descending order of population are: Iowa, Nevada, Arkansas, Mississippi, Kansas, New Mexico, Nebraska, Idaho, West Virginia, and Hawaii. As previously mentioned, also included in this group is the US Territory of Puerto Rico. It is listed at the end but based on its population could have been inserted between Iowa and Nevada.

Please Note: The calibrations below are not for the governments of the states. State and national governments may be calibrated at a later date. State governments, however, are likely to be representations of the overall values of the people they represent.

The calibrated level of consciousness for the states shown below are the Average Level for the Entire Population of each State on the date the calibration was made. In this case, all ten states below were calibrated on Monday, July 18, 2022. The numbers continue from the prior part of this series — Part 2.