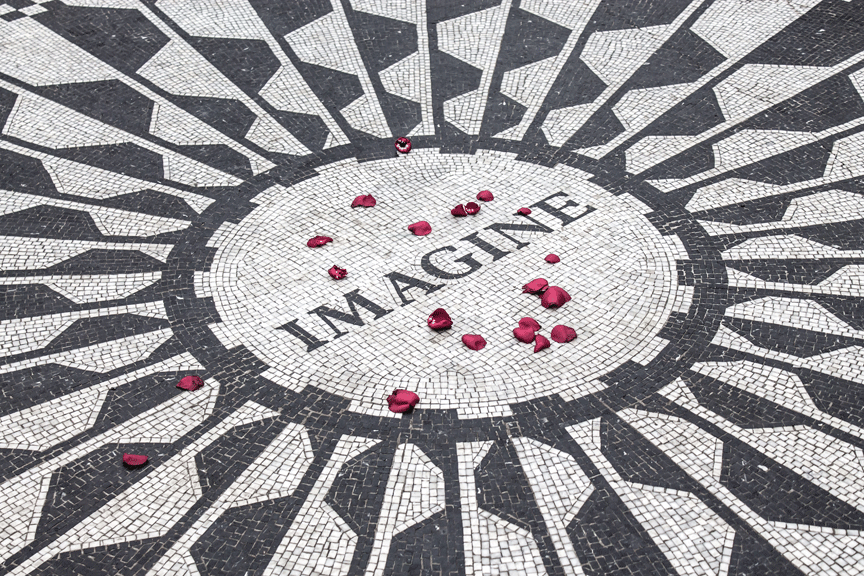 Some songs move us at the deepest levels. They surpass the Ego self to touch the True Self. Imagine has always been this way for most people. On the 50th anniversary of its recording, I wondered why. So, I calibrated it on Dr. David R. Hawkins' scale of the Map of Consciousness. Here is what I found...

This morning I was given a treat. I was guided to watch a video made my John and Yoko Lennon of the song Imagine. It was a nice way to start the day.

A post from John Lennon’s account led me to watch and listen to that lovely song again — I’ve seen that video many times and heard the song thousands of times… It’s one of my favorites and never gets old — said that it was the 50th anniversary of the recording of that wonderful song.

For those not yet born in 1971, or who are too young to remember, Imagine was an immediate hit all over the world. That got me to thinking: What’s the calibrated level of consciousness of that song?

It is not unusual to calibrate music or other pop-culture trends. Dr. Hawkins did so in one of his books. He wrote a nice explanation of the song Canon in D, a song often played at weddings (it was played at mine), which, if memory serves me, he calibrated at 700. He explained that this was the reason it resonated with so many — touched their heart’s — and this was why it was played at weddings.

Imagine has always had a similar effect on me, perhaps even greater. With all this in mind, I decided to calibrate Imagine and, specifically, the video/recording of I watched this morning.  I included the video below. It is freely available on YouTube.

Not surprisingly, the calibrated level of consciousness of Imagine explains its instant and widespread popularity as well as the why it touches so many people at their deepest, inner levels.

The calibration I made today, May 28, 2021, showed that Imagine as presented in the video above calibrates at 799 on Dr. Hawkins’ scale of the Map of Consciousness.

The calibration I made today, May 28, 2021, showed that Imagine as presented in the video above calibrates at 799 on Dr. Hawkins’ scale of the Map of Consciousness.

So, level 799 for the song Imagine is quite impressive. It is well above 600, the level of enlightenment, and also is significantly higher than the 700 calibration for Canon in D which Hawkins published in one of his books.

The Foundation of Musical Calibrations

What makes a song calibrate highly? It’s not necessarily the words, as many may think. Words have only a minor effect on a song’s calibrated level of consciousness. More important are the rhythm and melody and the balance between these 2.

This is why so many Rap songs will calibrate at the lower levels of consciousness. It’s not the words, as many might believe — even though their words often suggest violence or other mayhem. For many Rap songs, the lower calibrations are caused by their lack of melody — the tendency for monotone — combined with the dominance the rhythm aspect.

The lack of balance between these 2 things brings down their calibrated level of consciousness.

In the song Imagine, there is a beautiful balance between the rhythm and melody. And the melody itself is endearing, it touches the heart and the True Self to a much greater degree than it does the Ego self. It resonates throughout the body, and not just in the brain.

What songs would you like to have calibrated? Add them to the comments below and I’ll try to get to it.