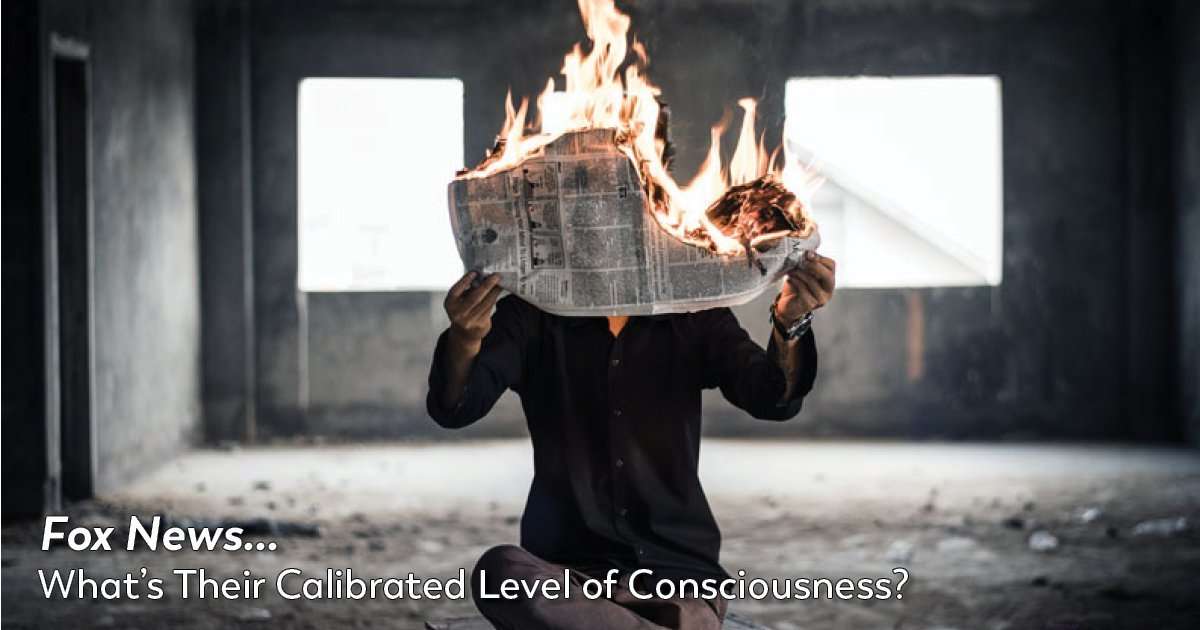 Our world has become far more complex than it was just 50 years ago. Part of this puzzle is the massive amount of data and information now readily available. Much of this information is presented by the 24 hour news channels, which did not exist back in the 1970’s. Can the information they share be trusted? In this post, the calibrated level of consciousness for the Fox News channel and several of its hosts will be revealed.

Regarding the ‘trust’ of God, there’s been little accurate information about this, but the whole ‘God has a plan’ issue will not be discussed here. That will be addressed in an upcoming book, ‘Transformational Spirituality: Meet Your God’. (Click here if you’d like to download a short primer for the book.)

This post is about trust and the calibrated level of consciousness of one of our news sources, the Fox News channel, and several of its more popular show hosts.

Future posts will address other sources, such as MSNBC, The New York Times, and more.

When taking in any news, it is helpful to know the calibrated level of consciousness of the source for that particular news organization and its reporters.

Is the source one of integrity? Does it report in a way that is reliable and truthful? Or, might they have an agenda which subverts any effort to report real news accurately?

The calibrated level of consciousness of a news organization and its people provides valuable insight into these questions, and more.

The Fox News channel used to claim to be Fair and Balanced. Were they? Consciousness calibration would suggest not.

As a reminder. Dr. Hawkins’ Map of Consciousness is a logarithmic scale from zero to 1,000. The higher the reading on this scale, the higher level of consciousness. The lower end of the scale, below the level 200, is without integrity.

The most recent testing revealed that the calibrated level of consciousness of Fox News as an organization is 136, well below the level 200, which is the level of integrity.

(The scale is logarithmic, so a 64 point deviation below 200 is more significant than the actual number suggests.)

Here are the calibrated levels of consciousness as tested on June 30, 2020:

Additional research was done to further quantify these results. We did a simple True/False test for the following statement to see if it added any insight into the above results.

Here is the statement we tested: ‘There have been times that the Fox News channel in the United States has fabricated and reported stories and information that they knew were false.’

The above statement tested true, meaning that it is an accurate statement. Those who calibrate below the level 200, are more prone to misstatements (innocent or purposeful) and a more self-serving approach to life, as it is fear which is a primary driver for their actions.

Fear is the basis for the Ego self and is a powerful driving force. Fear lurks in the background, usually below the surface of one’s awareness, but motivates people to do things, nonetheless.

This is why it is critical that we all become aware of our inner selves.