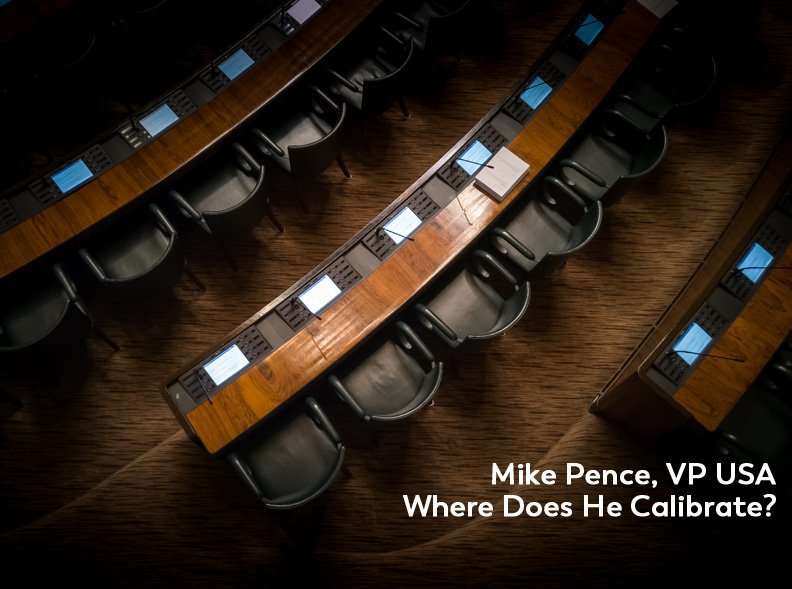 A calibrated level of consciousness is, very simply, a measurement according to a logarithmic scale, the Map of Consciousness, which was developed, published, copyrighted, and trademarked by Dr. David R. Hawkins, MD, PhD.

In this short article, we have calibrated Mike Pence, Vice President of the United States of America. The calibration was done on Friday, May 8, 2020. One’s level of consciousness can change over time.

When it comes to politics, it is important to understand the level of consciousness of a government’s key leaders. Each will have an impact on the way a country or city runs, regardless of their title or particular role.

Ultimately, it is not the title or physical contributions that are most important, though these things do matter. Rather, it is the energy contributions they add to the whole. The total essence and energies of a governing administration determine the job they will do and the results they will achieve.

Michael Pence, known to most as Mike Pence, Vice President of the United States certainly has played a key role since President Trump’s election in 2016. Pence, perhaps, has been given more responsibility than many Vice Presidents before him.

As such, his calibrated level of consciousness becomes even more important than those who held the office in the past.

212 is above 200, the level of integrity, and is 66 points higher than President Trump, who at the last measurement did calibrate at 146, which is below that key level.

Although Vice President Pence does calibrate above the level 200, his level seems not high enough for him to overcome, see through and reject some of the false ideals and dogmas of those who calibrate lower, and whose motivations may be less than optimum.