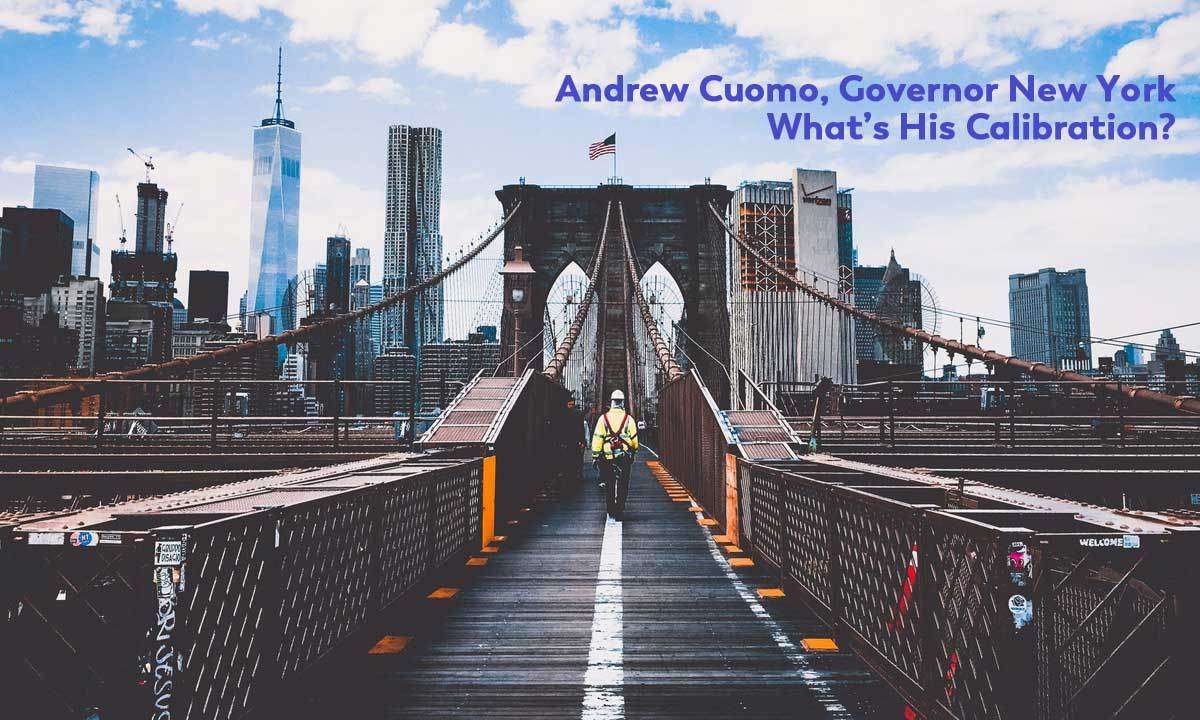 A calibrated level of consciousness is, very simply, a measurement according to a logarithmic scale, the Map of Consciousness, which was developed, published, copyrighted, and trademarked by Dr. David R. Hawkins, MD, PhD.

In the following paragraphs, you will find the calibrated level of consciousness for Andrew Cuomo, Governor of New York, and a short analysis of how this likely impacted the decisions he made during the coronavirus pandemic.

The calibration was done on Friday, May 8, 2020. One’s level of consciousness can change over time.

At the time of this writing, May 13, 2020, the coronavirus pandemic remains the biggest story of each day. Due to the large number of cases in New York, with New York City and its dense population base being the epicenter of Covid-19 infections in the USA, Andrew Cuomo, Governor of New York has been a frequent person in the news.

His handling of the pandemic has been lauded and applauded by many, even though he has been confronted by extreme circumstances and challenges the virus created, as well as a less than forthcoming response from the US federal government.

Was the Governor’s series of responses to these unfortunate challenges accidental? Or, were there other defining aspects of his overall nature at play which made them more inevitable?

The Governors overall level of consciousness implies that the latter is the case.

Those whose level of consciousness is higher are better suited to handle these sorts of situations. They tend to be more balanced in their thinking and decision-making processes and are more likely to first consider the needs of their constituents, those they were elected to serve, including the effects their decisions will have upon them, removing their own needs from consideration.

Given this, and given how we have seen the Governor react to the situation, it should not be surprising that Governor Andrew Cuomo calibrates at a very high level.

As has been written in other posts regarding calibration and the level of consciousness of political figures, in addition to their actions and choices, it is the energy that leaders add to the whole which is most important. The essence and energies of a governing administration determine the job they will do and the results they will achieve.

With the number of cases in New York being so high, and the speed at which they were brought under control – handled differently, things could have been much worse in New York than they were – Governor Cuomo’s higher level of consciousness proved to be a valuable asset.